Nanatsu no Taizai author will release a one-shot on MangaONE app, Comic Natalie reported. It will be available on October 31. Shogakukan Comic further noted the manga will be split into two parts. Suzuki Nakaba started Nanatsu no Taizai in Weekly Shonen Magazine in 2012 and ended it on March 25, 2020. This time, he [&#8230;] The post Nanatsu no Taizai Author Draws New One-Shot Manga appeared first on Anime Corner. 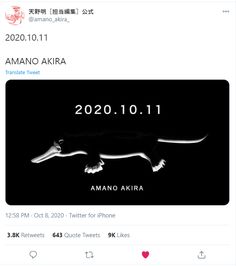 The author of the popular manga series, Katekyo Hitman Reborn! has made a post on Twitter about an announcement coming on October 11th, 2020. Although fans are hoping it will be something related to the popular series, early leaks suggest it could be a new work serialization. Amano Akira also made a bunch of One-Shots [&#8230;] The post Katekyo Hitman Reborn! Author&#8217;s New Announcement appeared first on Anime Corner. 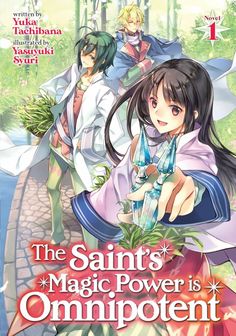 On 7 September 2020, Kadokawa Books announced the anime adaptation of the light novel series The Saint&#8217;s Magic Power is Omnipotent. The fantasy light novel was written by Yuka Tachibana and illustrated by Yasuyuki Syuri and the manga adaptation was illustrated by Fujiazuki. The series&#8217; first volume was published last 10 February 2017 and the [&#8230;] The post The Saint&#8217;s Magic Power is Omnipotent Anime Adaptation Announced appeared first on Anime Corner.

Haikyu!! Manga Is Coming To An End

Official account for the Haikyu!! series has confirmed that the series will come to an end. Last chapter will be released on July 20th in Weekly Shonen Jump issue 33/34. Haikyu!! manga has been serialized for 8 and a half years. Source: Official Twitter account of Haikyu!! The post Haikyu!! Manga Is Coming To An End appeared first on Anime Corner.

The hit volleyball manga series by Haruichi Furudate, Haikyu!! is officially ending this July 20, 2020, and will end with chapter 402. It was first serialized in Weekly Shonen Jump in February 2012 and ran for 8 and a half years of serialization. The author Haruichi Furudate also released his final comment in Weekly Shonen [&#8230;] The post Haikyu!! Manga Has Ended appeared first on Anime Corner. 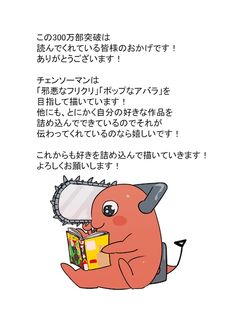 The Weekly Shonen Jump No. 35 recently announced that the Chainsaw Man manga exceeded 3 million copies in circulation as its 8th volume was released on August 4, 2020. Tatsuki Fujimoto, the manga’s author, expressed his appreciation to the work’s fans for the milestone of 3 million copies in circulation. He stated that while writing [&#8230;] The post Chainsaw Man Manga Exceeds 3 Million Copies In Circulation appeared first on Anime Corner. 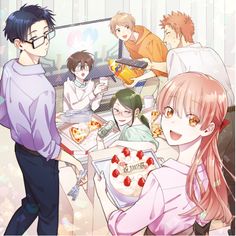 Wotakoi: Love is Hard for Otaku Gets New Anime Episode

On Wednesday the ninth compiled book volume of Fujita&#8217;s Wotakoi: Love is Hard for Otaku revealed that a limited edition of the manga&#8217;s 10th volume will bundle the manga&#8217;s second original anime disc in 2021, the episode story will center on Naoya and Kō. Fujita also drew a new illustration to celebrate the series on hitting 10 [&#8230;] The post Wotakoi: Love is Hard for Otaku Gets New Anime Episode appeared first on Anime Corner. 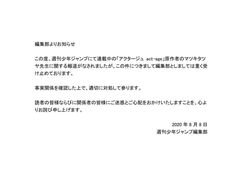 On 8 August 2020, NHK reported Tatsuya Matsuki, the author of Act-Age, was arrested for alleged sexual assault against middle school girls. It has been reported that the incident occurred on June 18 at about 8 PM on the street of Nakano ward, when Tatsuya Matsuki approached from behind a middle school girl while riding [&#8230;] The post Manga Author Arrested Upon Suspicion Of Sexual Assault appeared first on Anime Corner. 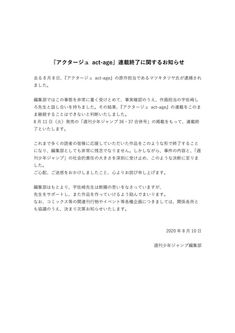 On 10 August 2020, the Editorial Department of Shonen Jump officially announced that the Act-Age manga serialization has officially ended. Official English Translation of the Statement &#8220;The editorial department takes this situation very seriously, and after confirming the matter and discussing it with Shiro Usazaki Sensei, the artist for the series, we have come to [&#8230;] The post Act-Age Manga Officially Ended appeared first on Anime Corner.

The Spring 2020 TV Anime Princess Connect! Re:Dive that was loved by everyone, has announced a second season. A new promotional video for the second season has been released. You can watch the promotional video here. Source: Priconne Official TwitterThumbnail from: Priconne S2 Official PV The post Princess Connect! Re:Dive Season 2 Has Been Announced appeared first on Anime Corner. 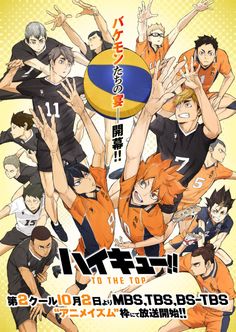 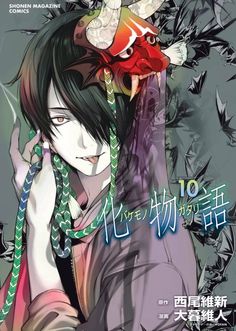 On August 17, 2020, it was announced that Oh! Great&#8217;s manga adaptation of the Nisioisin&#8217;s highly popular light novel series Bakemonogatari has exceeded over 2,400,000 circulating copies. While specifically starting with &#8220;Bakemonogatari&#8221;, it also adapts later Monogatari entries while keeping the title. The Official Cover for the 10th Volume Source: Oricon NewsThumbnail from: Oh! Great&#8217;s [&#8230;] The post Bakemonogatari Manga Exceeds Over 2,400,000 Copies… 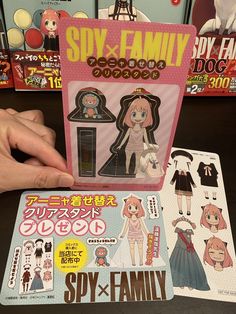 Manga written and drawn by Tatsuya Endou, SPY x FAMILY, surpassed 5,500,000 circulating copies including volumes&#8217; 5 initial print. Synopsis, according to official MANGA Plus website, is as follows: The master spy codenamed &#60;Twilight&#62; has spent his days on undercover missions, all for the dream of a better world. But one day, he receives a [&#8230;] The post SPY x FAMILY Surpasses 5,500,000 Circulating Copies appeared first on Anime Corner.