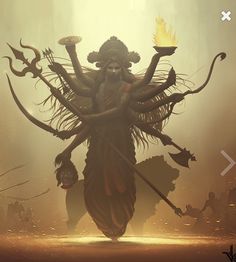 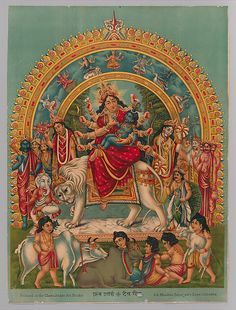 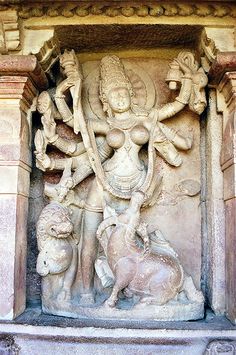 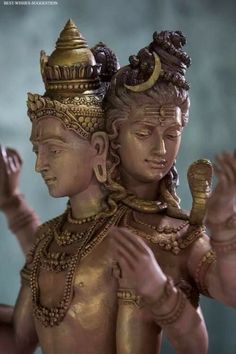 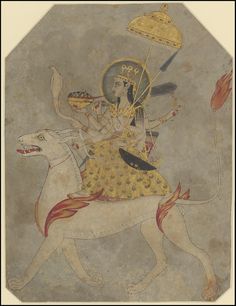 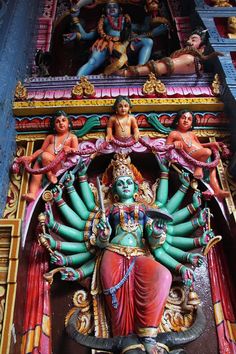 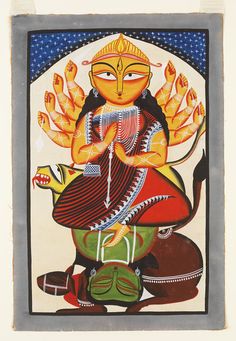 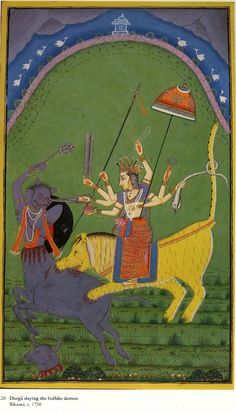 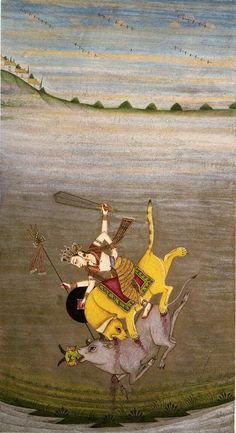 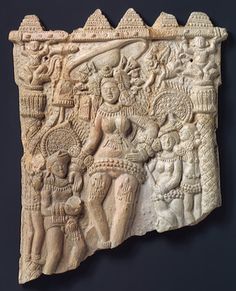 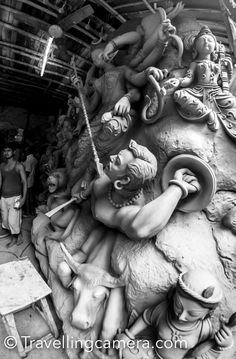 Recently I visited Kolkata, and as advised by my blogger friends visited Kumartuli in the city. We spent half a day walking around the streets of Kum… 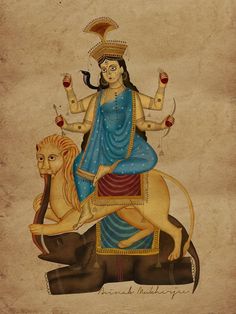 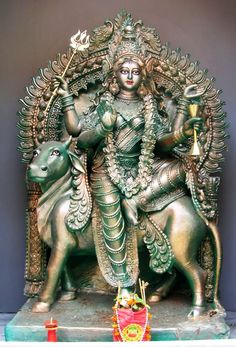 the eight manifestation of goddess Durga and amongst the Navadurgas. Goddess Mahagauri has the power to fulfill all the desires of her devotees. The one who worships the goddess gets relief from all the sufferings in life. Mahagauri has four arms. Her right arm is in the pose of allaying fear and right lower hand holds a trident in it. She holds a tambourine in her left upper arm and the lower one is in the form of a blessing. 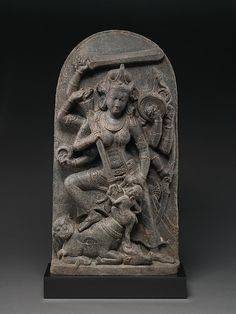 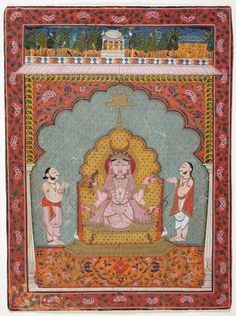 Durga Being Worshipped by Two Devotees 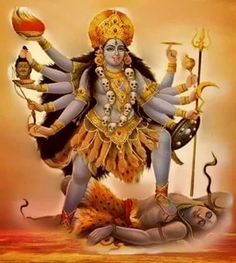