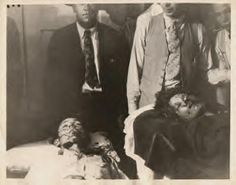 Bonnie and Clyde at funeral parlor.The mob was horrible.One man was even getting ready to cut off Clyde's trigger finger.People were cutting off peice of their clothes and They also were cutting off Bonnie's hair for keepsakes ect.Pretty sick people. 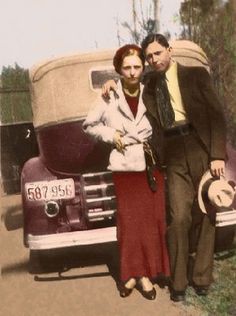 skcentral.com is your first and best source for all of the information you’re looking for. From general topics to more of what you would expect to find here, skcentral.com has it all. We hope you find what you are searching for! 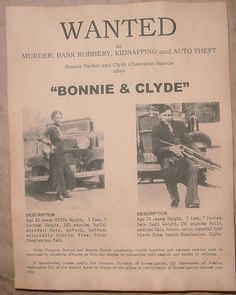 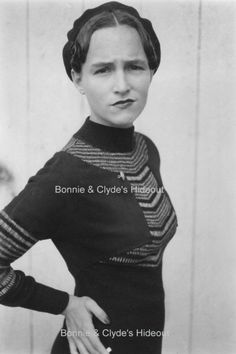 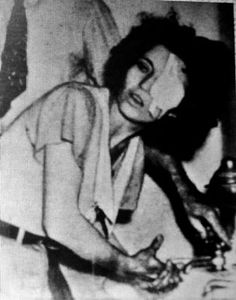 Blanche Barrow in prison, her eye was injured by broken glass in a shoot out 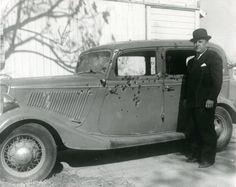 THE “WARRENCAR”: BONNIE & CLYDE’S DEATH CAR“Ruth and Jesse Warren of Topeka, Kansas, bought a 1934 Ford Fordor Deluxe Sedan. They hadn’t owned it very long when on April 29th, 1934, Ruth noticed the car was missing. A month later the Warrens were informed the car was in Louisiana, with 160 bullet holes in it after Louisiana lawmen shot and killed Bonnie Parker and Clyde Barrow on a rural road in Gibsland, LA on May 23, 1934. The Warrens had to go to federal court to take back their car. 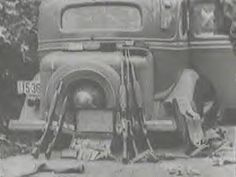 Some of the belongs of Bonnie and Clyde taken out and laid against their car after ambush & they were both killed. 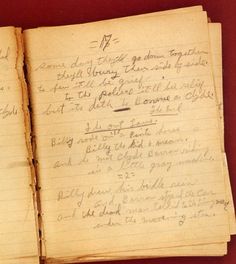 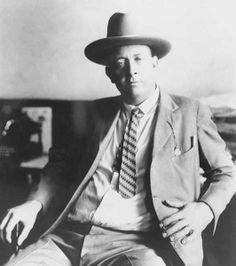 Former Texas Ranger, Frank Hamer,(taken in the 20s) who relentlessly tracked Bonnie and Clyde and set up the ambush 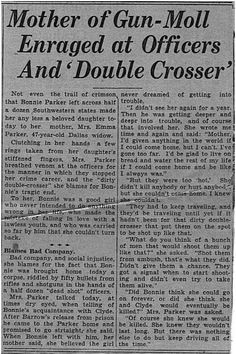 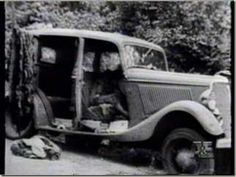 Bonnie's wedding ring, which she was wearing when she was killed 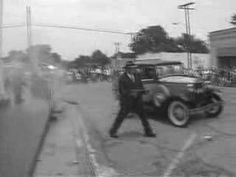 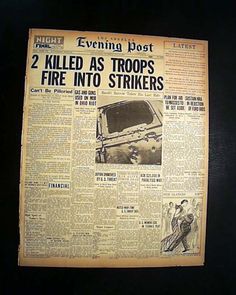