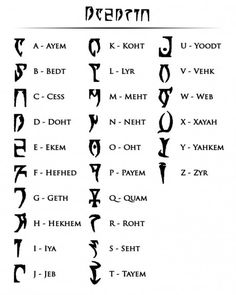 Try to write your name in daedric language (Skyrim) 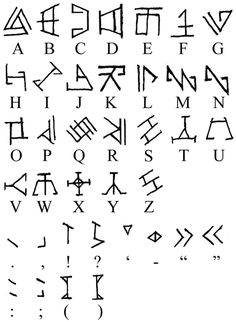 My Made-Up 'Ancient' Script by AzureMagic on DeviantArt

"Eloysio, your handwriting is absolutely horrid." "It is not! That is the script of my time." This renders the symbols on the collar in the previous ske... My Made-Up 'Ancient' Script 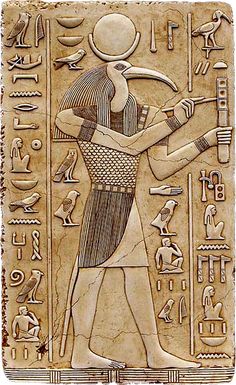 Thoth, Egypt - credited with the creation of a number of branches of knowledge (law, magic, philosophy, religion, science, and writing). An infallible judge capable of rendering completely just decisions. The Greeks admired him so greatly that they credited him as the originator of all knowledge on earth and in the heavens. http://www.ancient.eu/Thoth/ 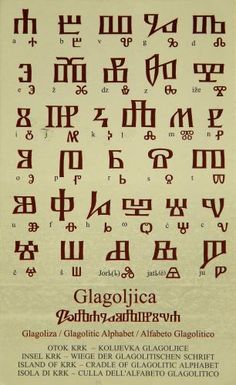 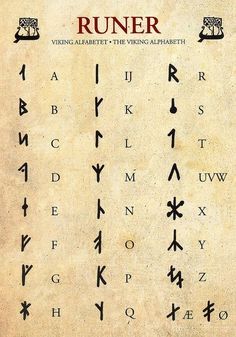 Runes-letters modified from Phoenician alphabet. Runic was often written without spaces between words & where 2 of the same letter sat beside each other only one would be used. It was written both from left to right & right to left. It was mainly used to label items with the owner's name & was considered magical as most people were illiterate & did not understand the concept of symbols representing sounds. This also led to their use in fortune telling. 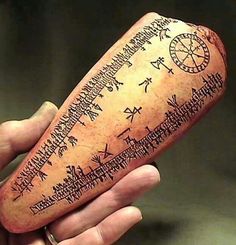 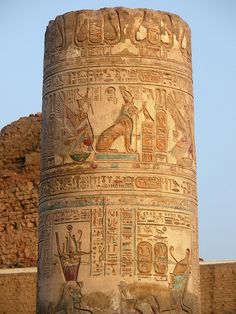 Learning about the world through photography

TrekEarth is dedicated to fostering a global community interested in photography from around the world. 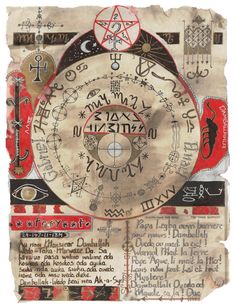 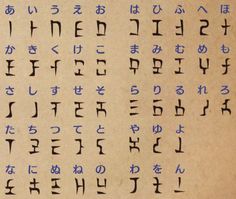 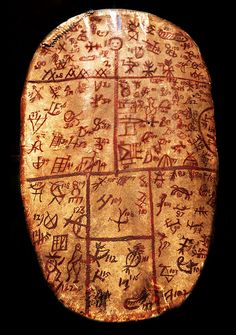 saamiblog.blogspot.com/ The drum depicted and exhibited at Museum Europäischer Kulturen, Berlin, in Germany is a replica of a real Sami drum or runebomme. Det er en rammetromme. The original drum of this replica is a Sami drum from Sweden, likely from Torne Lapmark. This drum was first illustrated in the book "History of Lapland" or "Lapponica" by Johan Scheffer (lat. Schefferus). It has later been described by Manker in 1938. To me it seems like this drum contains religious or Sacred… 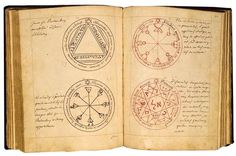 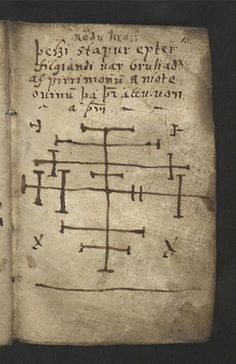