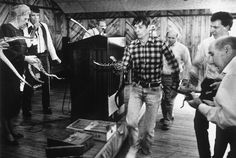 6a) Jolo Church of the Lord Jesus 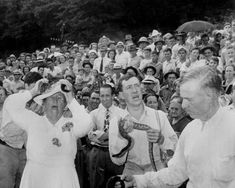 Anorak News | With The Serpent Handlers Of America’s Pentecostal South: Photos of A Gruesome Death By God’s Sweet Love

PASTOR of the day is snake handler Jamie Coots from Middlesboro, Kentucky. Last Saturday night he was bitten by a snake and died. Pastor Coots, who preached at the Full Gospel Tabernacle in Jesus Name church in Middlesboro, held the belief that poisonous snakebites do not harm believers as long as they are anointed by God... 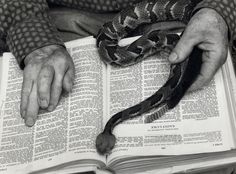 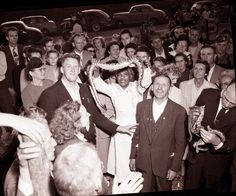 The Zion Tabernacle Church in downtown Durham NC attracted "police and spectators" to the Pentacostal congregation's snake handling during services; the building was torn down in 2008. 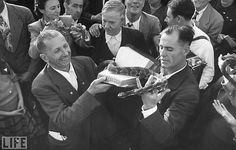 Snake on a bible.. 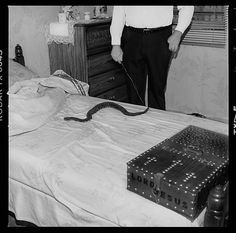 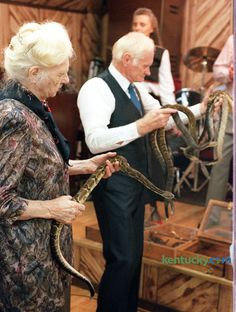 Paul Prather: Snakes are dangerous and so is taking the Bible too literally

Jamie Coots, 42, was handling rattlesnakes during a Feb. 15 church service at Middlesboro's Full Gospel Tabernacle in Jesus Name. A snake bit his hand. 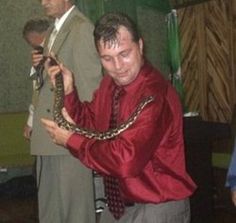 Can you guess why Pastor Wolford left us so early in his life? Mack Wolford, a flamboyant Pentecostal pastor from West Virginia whose serpent-handling talents were profiled last November in The Washington Post Magazine, hoped the outdoor service he had planned for Sunday at an isolated state park would be a homecoming... 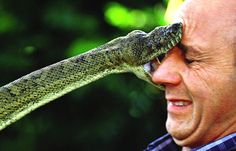 A 2nd man (3rd if you count the first man's pastor father) died after being bitten by a snake he had been handling during a church service in Bell County on Sunday. John David Brock, 60, of Stoney Fork, was bitten on the left arm while handling the snake at Mossy Simpson Pentecostal Church in Jenson, according to the state police. Brock refused medical treatment and went to his brother’s home, where he died. No word on how the snake is holding up. 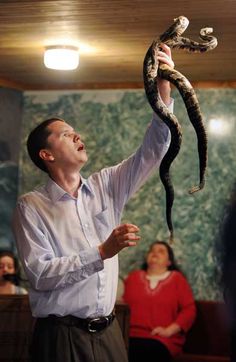 NASHVILLE, Tenn. (RNS) While older serpent handlers were wary of outsiders, these younger believers welcome visitors and use Facebook to promote their often misunderstood -- and illegal -- version of Christianity. They want to show the beauty and power of their extreme form of spirituality. By Bob Smietana. 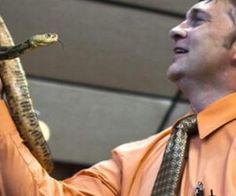 West Virginia Pentecostal Pastor Mark Randall “Mack” Wolford, who handled snakes, was fatally bitten by a rattlesnake, which he owned for years, at the Panther 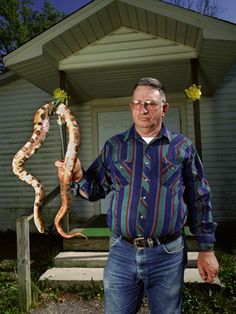 Snake (or serpent) handling in Alabama is practiced primarily by the members of the Church of God with Signs Following. The practice of snake handling first gained a foothold in Alabama in the early nineteenth century and reached its peak in the early twentieth century. The eccentricities and inherent danger of the church's practices have made it an attractive subject for social scientists. 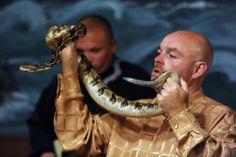 It all starts now.

Snakes in Church? Does God really want us handling snakes? 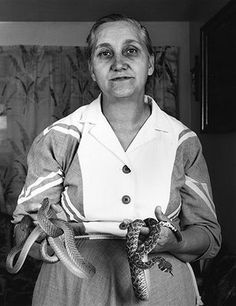 Snake handling or serpent handling is a religious ritual in a small number of Pentecostal churches in the U.S., usually characterized as ru... 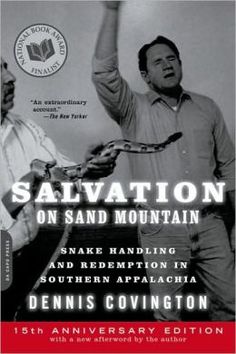 A haunting exploration of faith, from a preacher convicted of attempted murder to a first-hand account of holiness serpent handling-- 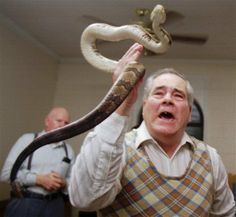