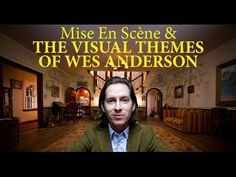 From: http://waytooindie.com/features/video-essay-the-visual-themes-of-wes-anderson Wes Anderson has become a film genre. We explore his visual themes from h... 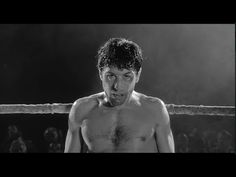 Martin Scorsese - The Art of Silence

Even though Martin Scorsese is famous for his use of music, one of his best traits is his deliberate and powerful use of silence. Take a glimpse at fifty yea... 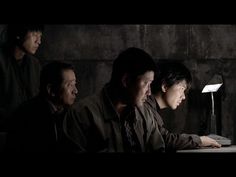 How do you emphasize to the audience that something is important? Well, you could always cut to a close-up, but how about something subtler? Today I consider... 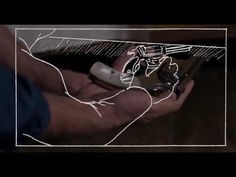 While preparing our release of BLOOD SIMPLE, photographer Grant Delin created a video that compares scenes from the film to their original storyboards, with ... 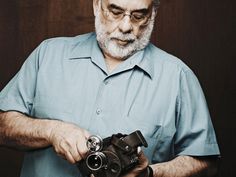 Legendary film director Francis Ford Coppola talks about how he self-finances all his films, why the artist must never lie, and how true collaboration is like great sex. 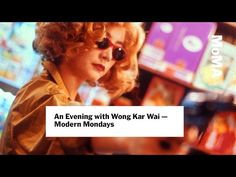 THE DIRECTORS SERIES is an educational/editorial non-profit collection of video and text essays by filmmaker Cameron Beyl, dedicated to appreciating and deconstructing…

After the Masterclass with Clint Eastwood, it was the turn of the Mexican director, Alfonso Cuarón, winner of seven Oscars for Gravity, to talk about his experiences as a filmmaker with the French critic, Michel Ciment. The director commented his debuts, choice of films and relationship with the American film industry, going from being cheerful and amused to moved. Here are some extracts. 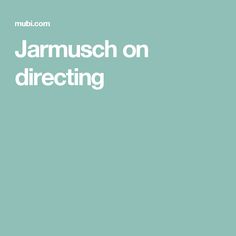 Navigating Through Bermuda: A Conversation with Jim Jarmusch

The American independent discusses his new film "Paterson," how he approaches cinematography, working with actors and his sound design.

The Directors Series - The Coen Brothers [4.1]

THE DIRECTORS SERIES is an educational/editorial non-profit collection of video and text essays by filmmaker Cameron Beyl, dedicated to appreciating and deconstructing…

My Life… As I Repressed It: Writer/Director Jennifer Fox on Her Explosive New Film about Sexual Abuse, The Tale | Filmmaker Magazine

In 1992, award-winning documentary filmmaker Jennifer Fox began round-the-clock filming of an interracial couple living with their two daughters in Flushing, Queens. Over 17 months she accumulated over 1,000 hours of footage documenting their daily lives. In 1997 An American Love Story aired as a nine-hour miniseries on PBS, described by The New York Times as “the most ambitious, exhaustive documentary about private life since An American Family.” The film, as I recall it 20 years later, was…

There is No “Right” Way: 14 Things Directors Need to Know about Directing Actors | Filmmaker Magazine

For many directors, the thought of “directing actors” can instill panic. Directors who were once cinematographers, say, or who have worked on film sets, might be at ease working with crews or blocking shots but will freeze up when challenged to give notes to actors. Such performance anxiety is not surprising. Unlike the crew, with whom directors have the whole shoot to develop working relationships, many actors are only on set for a few days. So it's understandable that directors may worry…

Mr. Iñárritu, does a filmmaker have to live his films? I think every film in a way is an extension of yourself. No matter what. 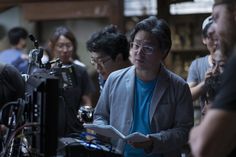 The director talks to us about what drew him to the story, some of the more dramatic changes he made and how he likes to marry form and content.